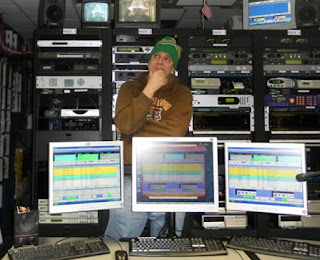 There's an old saying, "All good things must come to an end".  And tonight a very good thing is coming to an end for me.  It's my last night as a broadcast technician in Master Control.  No, it's not my day job but it's been my weekend/holiday job for the past few years.  This entry, in a sense, is a eulogy for Master Control and the N.O.T. as we know it.

What is the N.O.T., you ask?  Well, N.O.T. is short for Network Operations Team.  This team of people largely goes unnoticed because it does its job of keeping the network up and running 24/7 very, very well.  A big part of this team is the broadcast techs - a.k.a. satellite techs.

I was very blessed to enlist in the N.O.T. in September of 2008.  My godson Alex signed on a few weeks prior and said the Ops Manager, Marty, was looking for another recruit.  Marty took me out to lunch one afternoon to interview me for the position.  Over Chinese cuisine we discovered we were both very fluent in tech and geekspeak.  And though, at the time, Marty had a big prejudice against Macheads, he hired me anyway.  Truly an equal opportunity employer! (I'd like to take a little credit for Marty becoming a proud owner of an iPad and I'll take all the blame for putting Apple decals on his car and office window.)

Although everyone who works as a broadcast tech is really trained by everyone else who works there, I owe learning the ropes (or cables) to Denver and Charlie.  I sat in with them my first two shifts.  I knew these guys from afar from my day job but really got to know them better in the Master Control.  Now I'm still not sure what Cinco de Denver is, but I hope to one day. 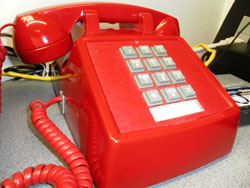 The red phone was also a great teacher.  That's the phone that rings when something is going nuclear somewhere in the network... or a telemarketer calls trying to sell aluminum siding.  When something goes wrong and that red phone is ringing, Master Control feels more like the bridge of the Enterprise when it's under attack by the Klingons.  Oh, is it turbulent!  There's been many-a-Monday that Alex and I exchanged war stories of what happened in M.C. during our shifts... many-a-time we both thought of resigning --  I think Alex might have even delivered a resignation letter to Marty.  Not sure how Marty convinced him to stay. 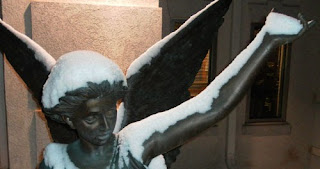 Working as a broadcast tech can also be a real workout.  This is especially the case in the Winter Wonderland that is Wisconsin.  You've gotta keep the snow off the satellite dishes unless you want to hear snow on the air.  I remember one shift when I found myself running outside to clean the dishes during a snowstorm, running back in to catch the tone, answering the red phone and then running back outside in between trouble-shooting to clean off the dishes again.  And then there were the days of the old land lord who never had the parking lot plowed on the weekends... so you had to help push the next broadcast tech's car in through the snowy lot and try to shovel your own car out. 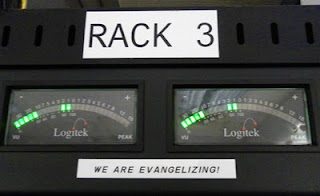 So why would anyone do this?  Well, one of the great things about the job was it was more than just a job.  As it says on the top of computer Rack 3, "WE ARE EVANGELIZING".  I'd be very humbled and proud to be working a midnight to 8am shift on Christmas day as a birthday present to Jesus.  But the real gift was to me. The Good Fridays/Holy Saturdays and Easter Sunday shifts just seemed all the holier.  Praying the rosary as we broadcast it or airing the live Mass on Sundays so that the shut-ins and that man in the penitentiary in Oshkosh could hear it -- not your average 9 to 5!

Bottom line: it's amazing to know that the work you've done has saved souls and lives!

Years from now I may not remember what a "Time Immediate" was or what "Tropospheric Ducting" is but I will remember all the cool people I was blessed to work with.  A big thanks and blessings to everyone on the team: Marty, Charles, Gary, Alex, Cyrus, Travis, Denver, Dave, Liz, Josh, Paul and Mat... and, lest we forget, everyone on the other side of the red phone.

I think it goes with the territory that everyone who worked in Master Control is a bit of a sci-fi geek.  I think we all presumed that the day would come when we'd be replaced by a computer or at least taken over by some kind of robot. Well, that day has come. 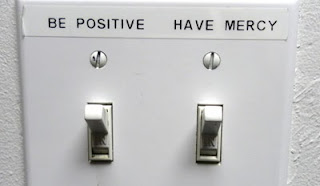 But I'd like to disagree with the saying "all good things must come to an end".  We're still a part of the New Evangelization and so we offer up our sacrifices for the greater good of the on-going Mission. And although all good things in this world may come to end, in the end, God willing, we'll meet again in heaven and rejoice in knowing one Good Thing will never come to an end.